The New York City District Council of Carpenters (NYCDCC) has a long-standing and deeply resounding relationship with veterans.

When the VFW Hall in Lindenhurst caught fire in 2019 and was destroyed nearly to its bones, members were devastated at the loss of their congregational place and invaluable historical memorabilia.

Union tradesmen from all over Nassau and Suffolk counties began to organize to help restore the VFW Hall, but the pandemic put a halt to all new construction and the project was shelved for over a year, as the requisite permits could not be issued.

On Saturday, July 17, over a dozen union carpenters from the NYCDCC came to the VFW Hall to put up hundreds of boards of drywall to finish the interior meeting room.

Union carpenters Terry Hoffman and Patrick Glynn, of Bay Shore, and Sean Desmond, from Bayport, worked together utilizing over 50 years of combined interior, finished carpentry skills among them.

Hoffman, who has been active in the NYCDCC’s community outreach programs, pulled in much of the talent that helped for the day. Even after undergoing double knee surgery and having a bout with pneumonia, Hoffman kept up the union-strong pace.

The push for the union carpentry was to ensure that the work be done at maximum efficiency, so that electrical work could be done by September, including high-hats and basement lights.

With stifling, humid temperatures nearing 100 degrees, the crew worked from 7 a.m. almost until the evening to finish the necessary carpentry work.

Jodie Ann Beatty, a business agent for the NYCDCC, worked with Certified Interiors and Commodore Construction, two contractors who have both been generous donors to the Carpenter Contractor Alliance (metro-New York area), to get over $20,000 worth of materials in drywall and ceiling tiles for the VFW Hall.

Desmond, who valiantly gave up his much-loved golf for that day, said, “It’s important as members of the union to give back to the community. The central tenet of unionism is that we are stronger together and any way to lift each other up is progress.” 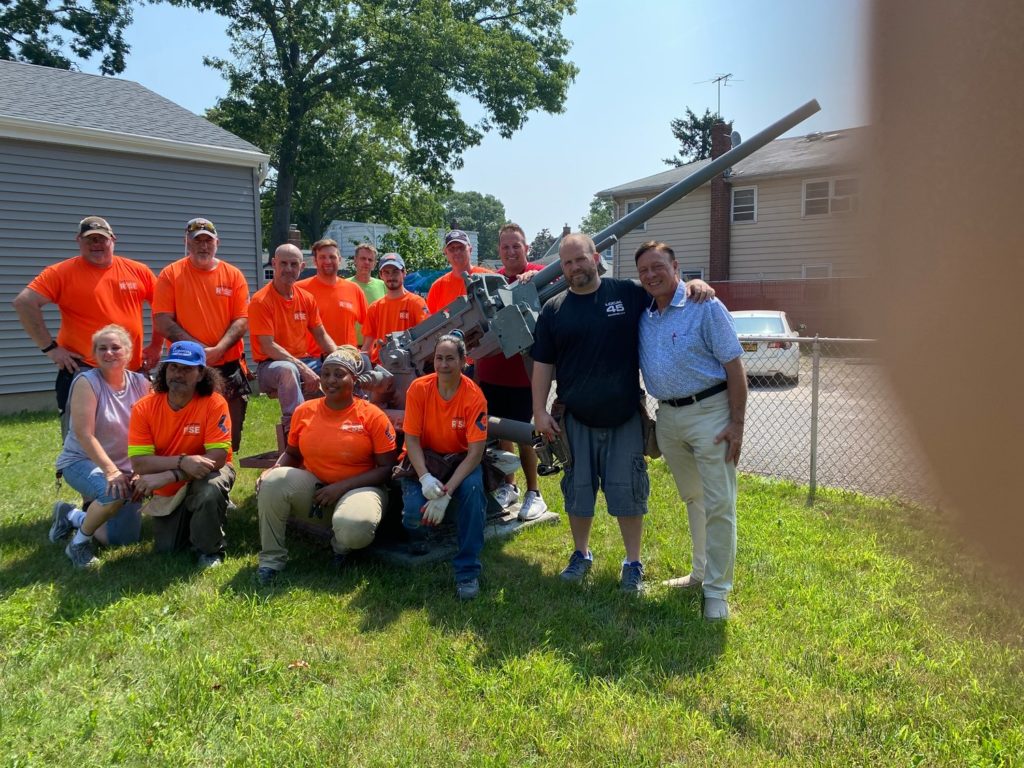