The annual toy drives are part of New York City & Vicinity District Council of Carpenters and the Carpenter Contractor Alliance of Metropolitan New York larger effort to give back to the communities that have been impacted by the pandemic. Just last month, union carpenters and contractors teamed up to deliver turkeys and warm meals to families in need for Thanksgiving.

“Union carpenters and contractors recognize how important it is to give back to our local communities. The holidays, especially are a time when we want to do our part to help every member of our community thrive,” Executive Secretary-Treasurer Joseph Geiger said. “Our members truly care for their communities, and we are so happy to see the joy that our toy drives bring to so many people during the holiday season.”

“I am so grateful to the NYC District Council of Carpenters and CCA Metro for all of their hard work in putting on these great events,” Senator Bailey said.  “This past year has been difficult for many, and everyone deserves to have toys under their tree this holiday season. The union carpenters and contractors have helped provide extra holiday cheer to the families of the 36thDistrict.”

“Supporting our community and giving back is so important, especially during the holidays. It’s been my honor to work alongside the union carpenters and contractors during these wonderful events. These toy drives brought so much joy to so many members in our community and I am so happy to have been able to do my part to give back,” Borough President Gibson said.

“This toy drive brightened the holidays of so many families in the Bronx,” Assembly Speaker Heastie said. “Thank you to the NYC District Council of Carpenters and CCA Metro for organizing such a great event for our community. As we look towards a new year, these are the kinds of efforts that keep our city strong.” 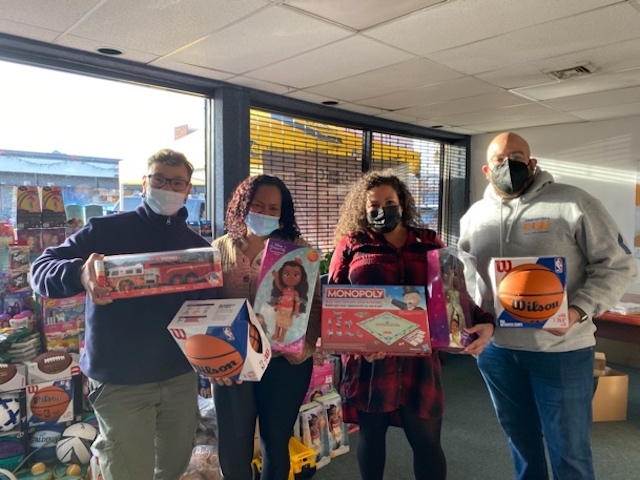